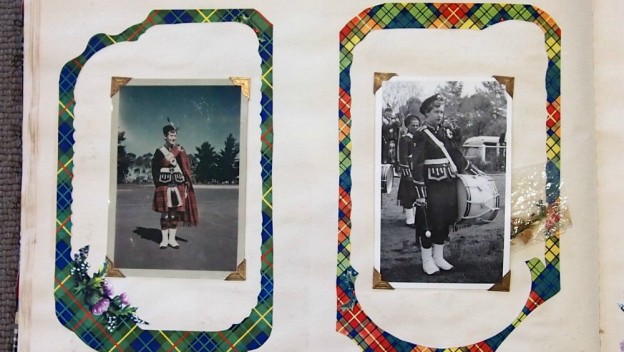 Welcome to Part 2 in this series of blog posts where I share a few of the special things we discovered while going through Mum’s belongings after she went into full-time care. My mother has Alzheimer’s Disease, a thieving condition that many of you have had experience of and, sadly, many more will. I’ve written about Mum’s decline and its effect on our family in a previous post titled Mother’s Day Memories, and a little more in Treasures, Mysteries and Memories – Part 1.

Last week I revealed a few of the wonderful treasures and mysteries we found during the clean-out. Today I’d like to share samples of our memory-tugging finds, plus a few amusing (or should that be bemusing?) oddities that Mum had, for reasons known only to her, kept safe.

As a horse-mad little girl it was natural that I had a collection of model horses. I adored these figurines, playing for hours with them, making up equine adventures or simply gazing at them with painful yearning as I wished desperately for a horse of my own. That wish that came true when I was 10 and, over time, as I grew older and more preoccupied with my living horse and all the dramas of adolescence, my passion for these model horses waned and they were left to gather dust on my bookshelf. Eventually, adulthood arrived and off I galloped to forge an independent life with nary a second thought for the collection I’d loved so much.

Imagine my astonishment when I discovered that Mum had kept every single figurine. Best of all, she’d kept Beauty, the king of them all and a cherished gift from my grandfather. He’s a bit discoloured and cracked but otherwise okay. I loved that horse and for those of you who have read Heartland, the model horse in that book that the heroine Callie rediscovers in her grandmother’s house – also called Beauty –  was inspired by the very horse you’re seeing below.

Here’s the full collection. They don’t look like much but for a very long time they were precious to me. Still are now I’ve found them again. 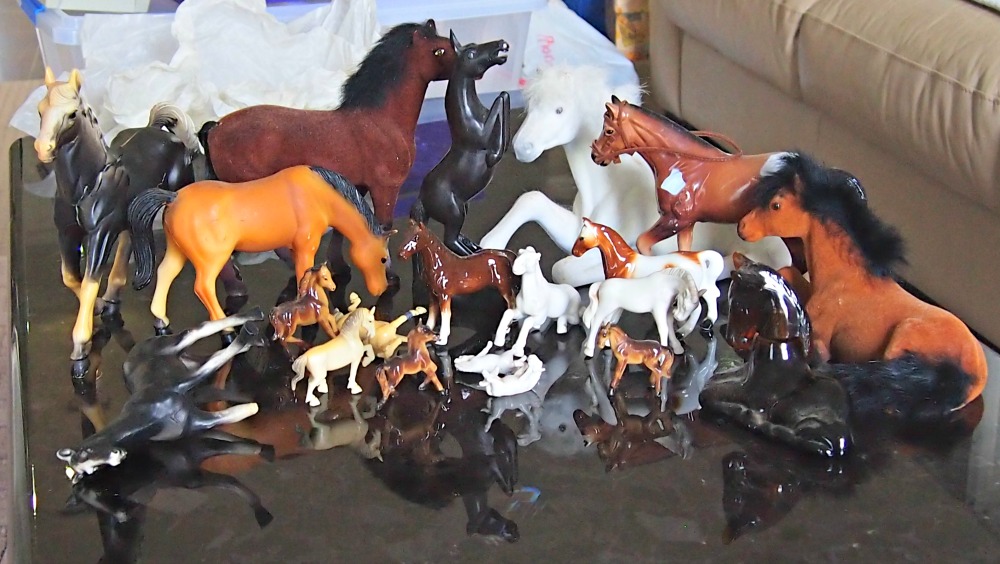 How’s this for another amazing find: the first pair of trousers I sewed with my grandmother, which I made for my teddy.

Mum played and umpired netball on Saturdays and I loathed going to the courts. It was winter and cold, and netball bored the pants of me, plus I could never get the stupid ball in the goals. So Nanny babysat and taught me life skills, like how to knit, crochet, cook and sew, while my grandfather gardened or pottered in his shed crafting toys and widgets, and listening to the racing on the radio. They were lovely times. 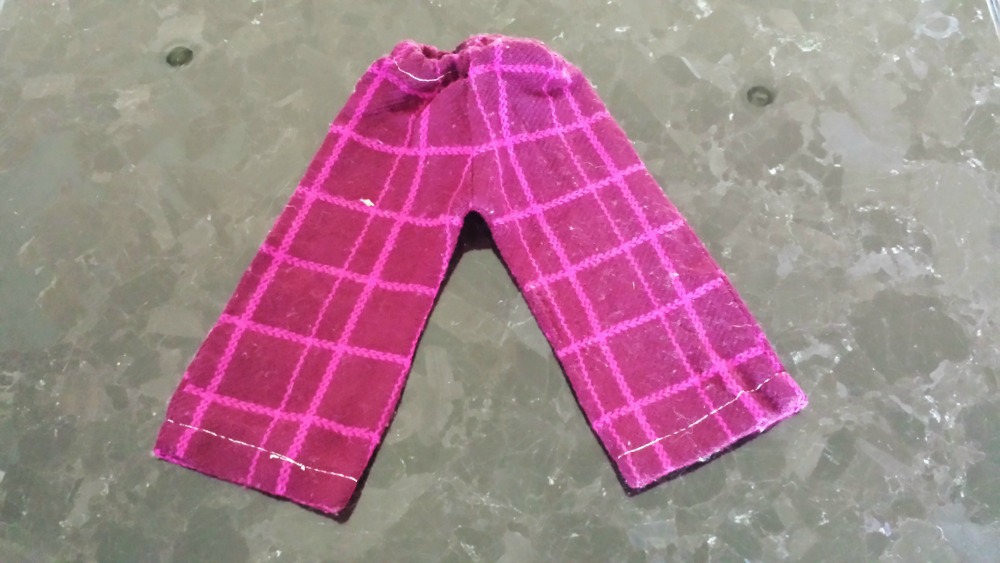 We also found a lot of scrap books. One contained cards from Mum’s 21st, another cards from her and Dad’s engagement. Another held all the cards and telegrams and newspaper clippings from their wedding.

Isn’t this clipping from The Border Watch, which I found in Mum’s wedding scrapbook, wonderful? They’ve described everything! 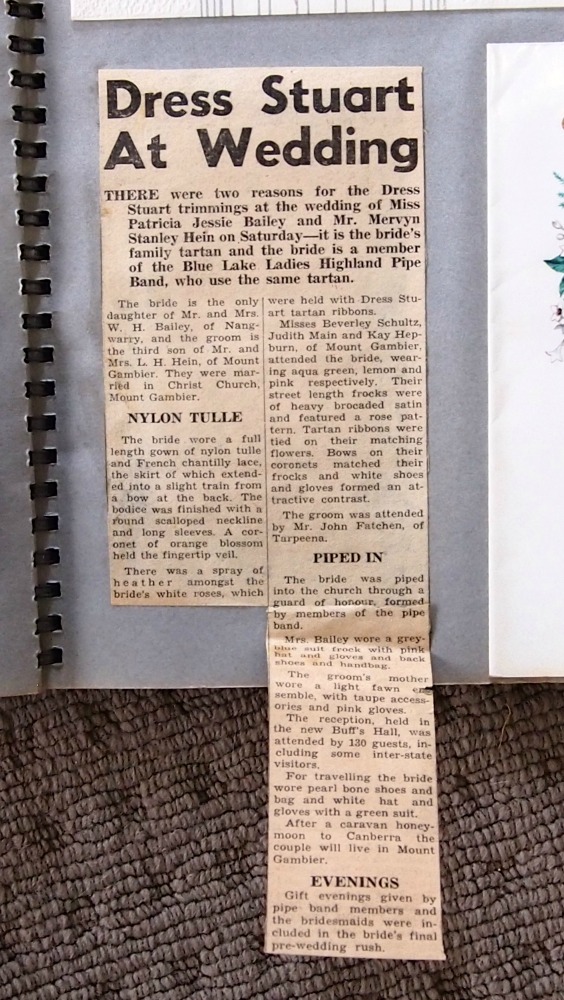 There were also not one, but two scrapbooks celebrating the Queen’s coronation. The Queen was young, beautiful and I guess the celebrity of the time. All fascinating and fairy tale for a girl growing up in the 50s. When I discovered these scrapbooks I didn’t know what to do with them so set them on the table in the too-hard pile. They stayed there for four days before I decided I couldn’t throw them out. 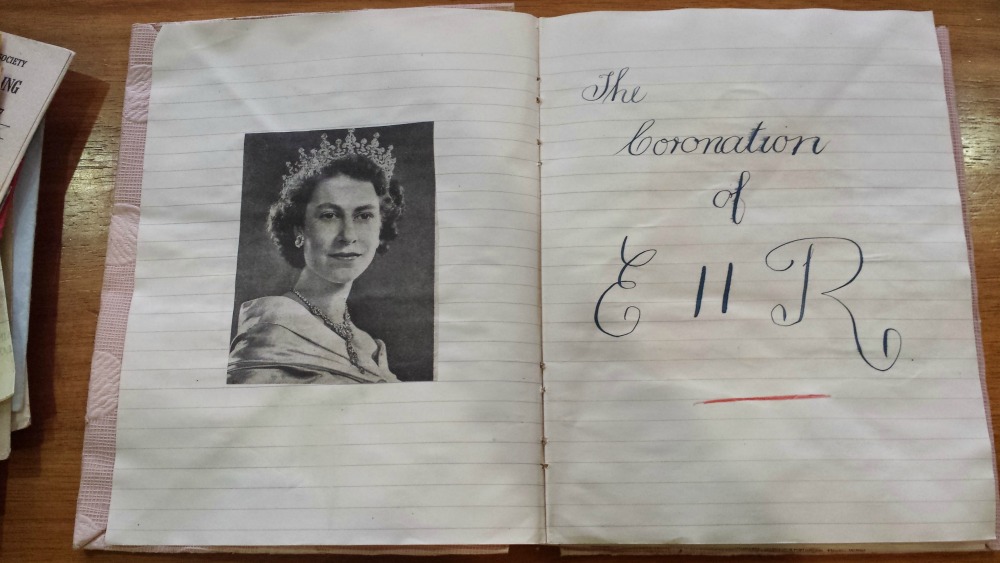 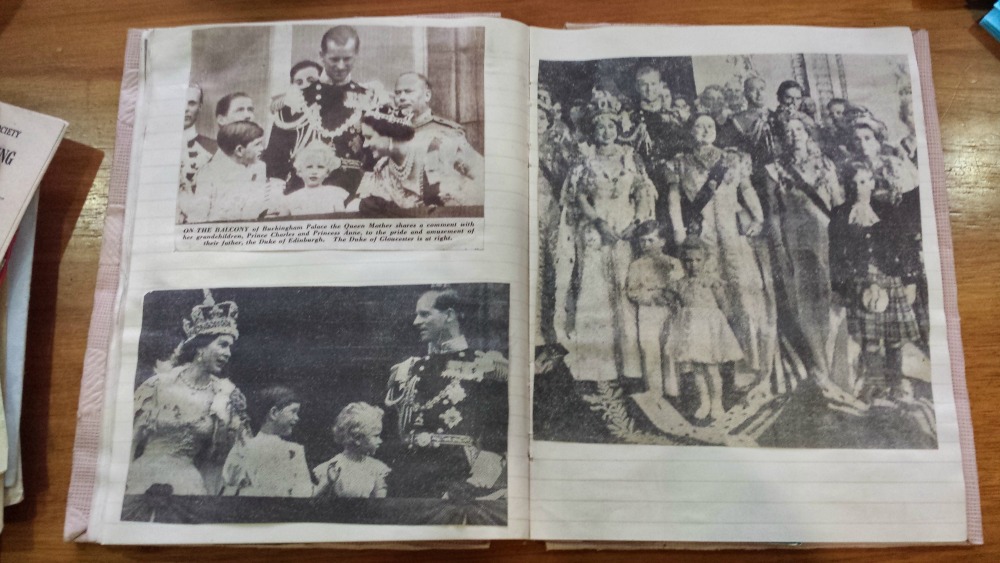 Mum had kept Matilda, the stuffed toy and mascot she and Dad bought for me when we drove to Brisbane in 1982 for the Commonwealth Games. I still remember that trip. Drought had the country firm in its desiccating grip and in one town, somewhere along the Newel Highway where we’d stopped for a rest, the river was so low the water was thrashing and bubbling with dying fish.

We attended the Games opening ceremony and a few other events that I can’t recall, but I do remember it was great fun. Afterwards we enjoyed a holiday in Noosa and I tasted my first avocado. Oh, and Dad nearly got himself killed rock fishing off Double Island Point.

All that and more from a simple stuffed toy! 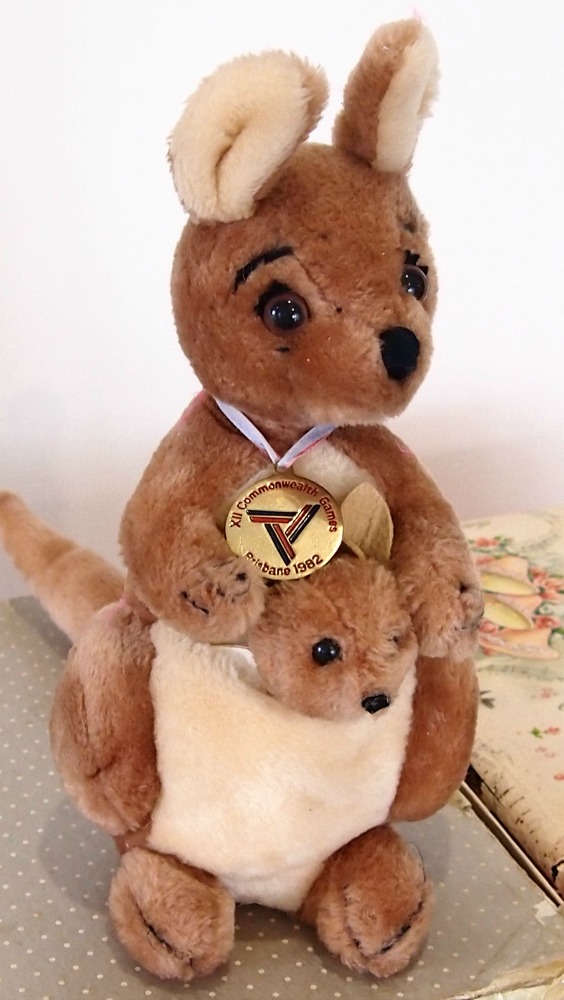 Mum spent many years playing drums and bagpipes in the Blue Lake Ladies Pipe Band, and they travelled all around southern Australia competing in competitions and entertaining crowds. I found programs dating back to the 50s from the events she’d played at.

There was also her pipe music book, complete with small notations, and the collars and pocket from one of her uniforms. When I was a child, she’d always kept her drumsticks and the pipe from her bagpipes in her sewing room. I was a bit disappointed not to find them among her things but perhaps they’re yet to be discovered rather than lost. 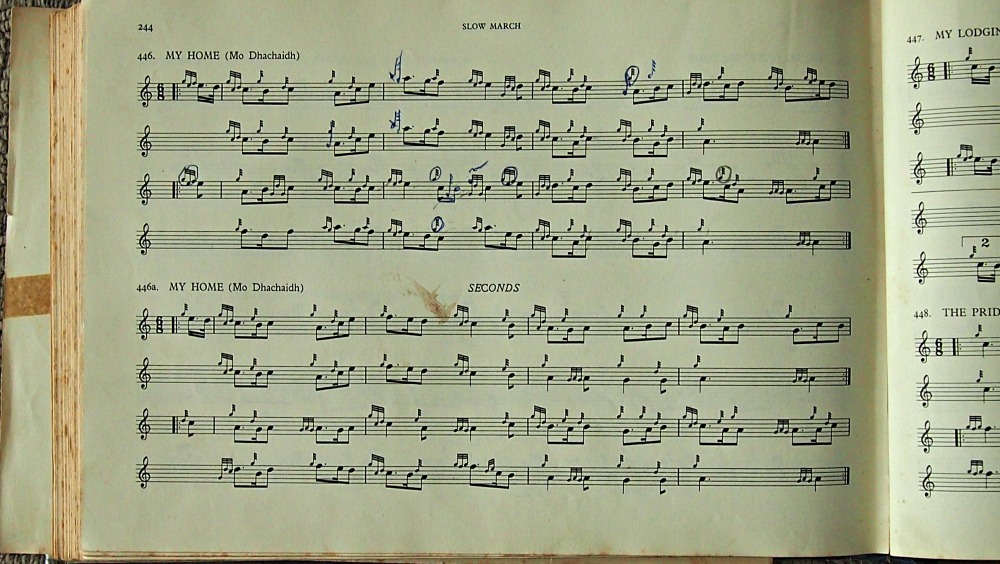 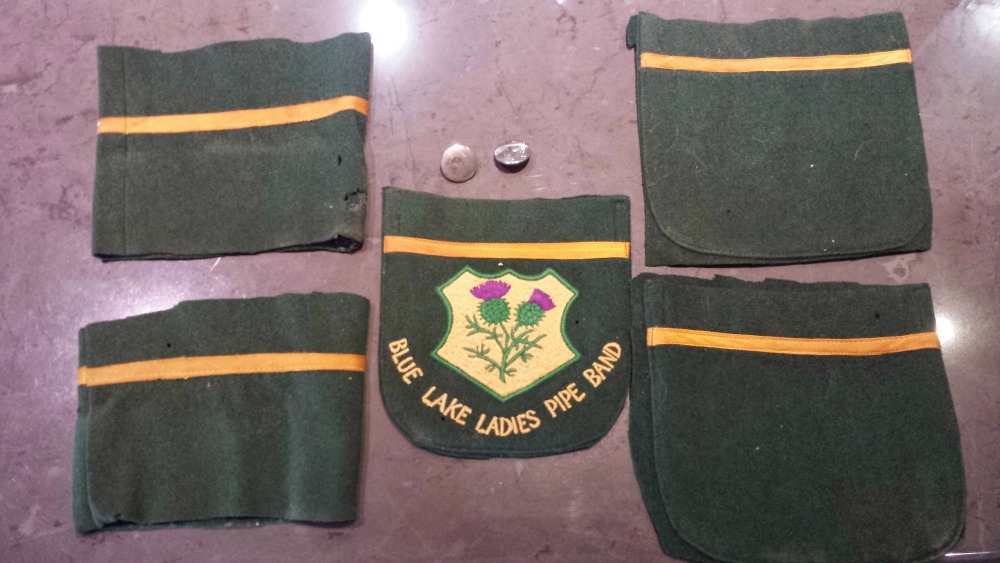 There were also some truly wonderful photos from her time in the band, the majority preserved with care and pride in yet more scrapbooks. She loved those things! 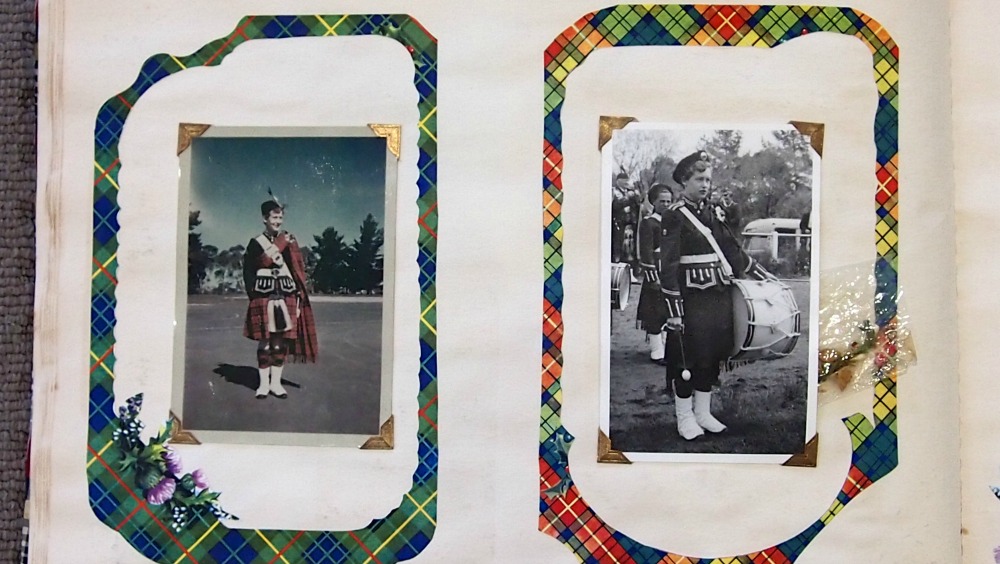 There were so many things in Mum’s collection that had us asking why? Some items were due to her condition, where she’d picked something up and perhaps momentarily laid it down, only to forget its existence. We found quite a few biscuits for example, stacked among stationery or buried under clothes. There was a bag of whole walnuts and an extremely wizened apple, plus toothbrushes and other highly personal items in places they didn’t belong. But other things were too old to be attributed to Mum’s Alzheimer’s, and it was these that left us flummoxed.

While interesting, why Mum would keep this brochure from Shell on how to efficiently pack a suitcase is unfathomable. 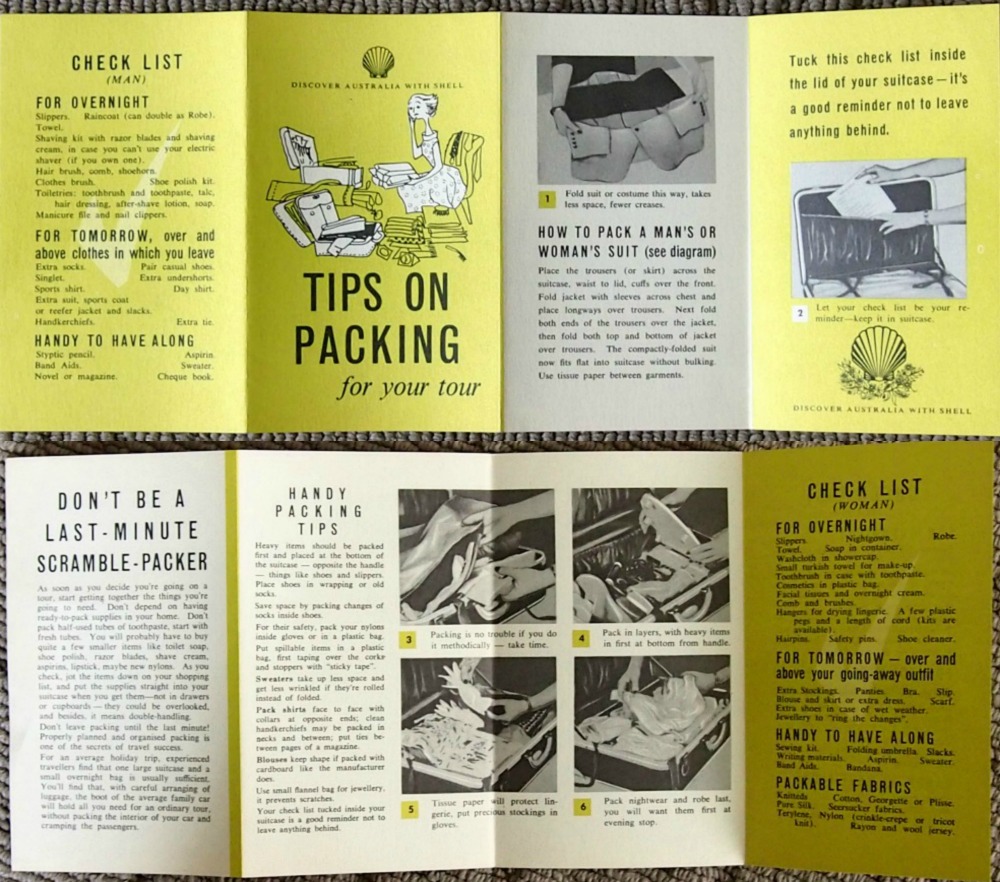 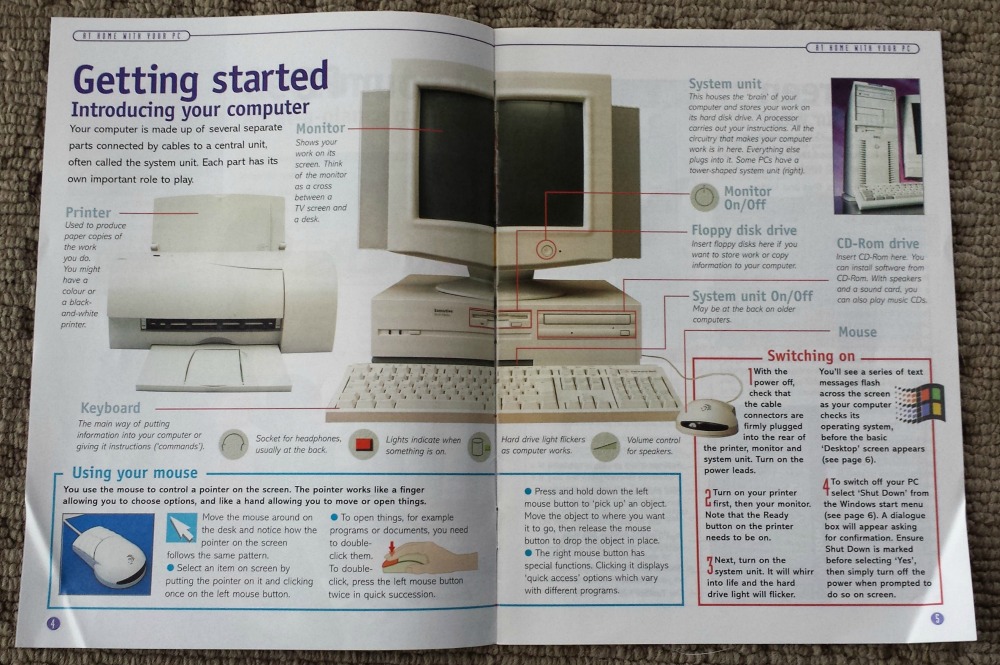 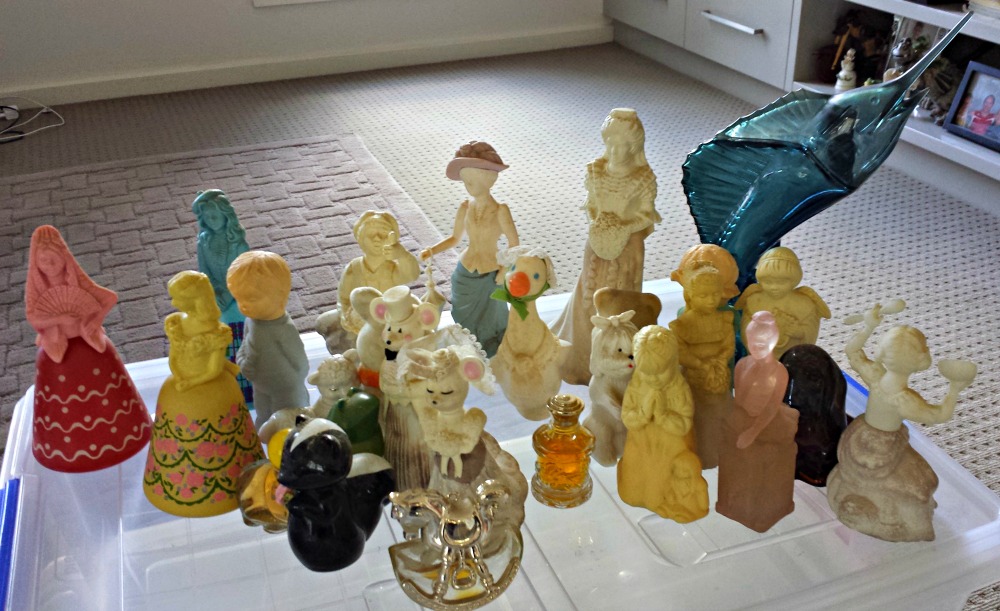 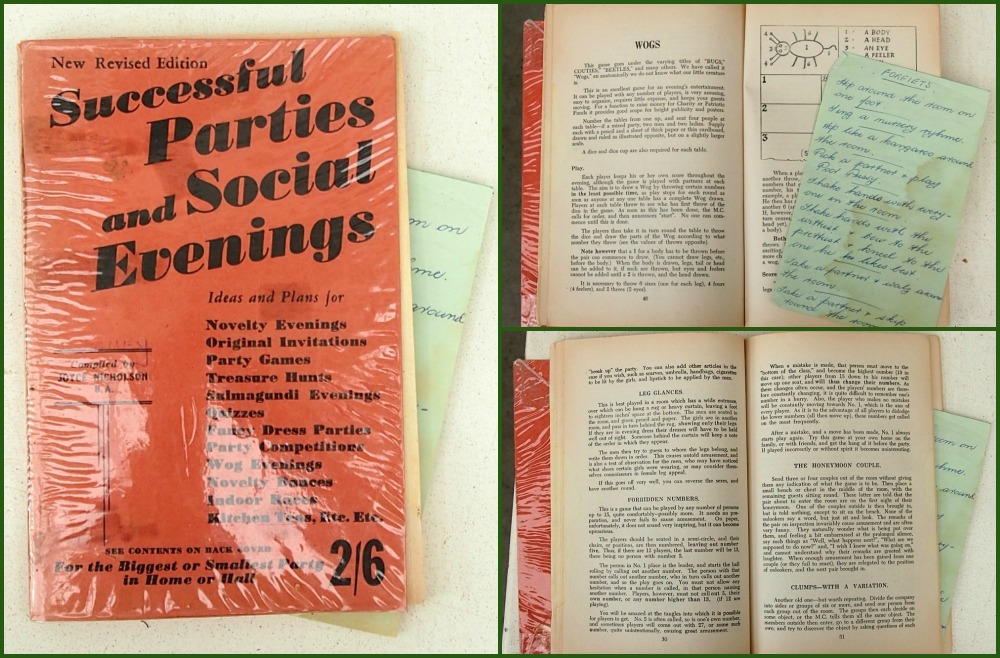 …and these brilliant old copies of the Australian Women’s Weekly and Woman’s Day from the 70s.

Another find that had me shaking my head in bewilderment was a sticker dating from my days at Roseworthy Agricultural College, where I did my agriculture degree. Back then B&S balls were at their height, with one scheduled practically every week. I remember doing Grapecrushers in the Clare Valley, Dirtscratchers in the Mallee and others.

Roseworthy’s B&S was called Droopers and infamous. I can’t remember which year it was, but the ball ended up being raided by South Australia’s STAR Force and shut down, shunting piles of drunk party-goers onto the roads. My parents were NOT impressed when they saw it on the news!

She also kept newspaper clippings covering all manner of topics. A mention in the paper about an old boss? Out came the scissors. There wasn’t a lot of point in us keeping these, not when you can access back copies of papers on microfiche, but there was one that I did keep.

You see, it just so happens that I have an idea for a story which was partially inspired by memory of an old house I used to occasionally ride past. It was surrounded by tall pines and other trees, and to my imaginative teenage brain always looked a little mysterious and shadowy, perhaps even a touch creepy. That house was Pine Hall, formerly known as Shaw House, and built sometime in the 1860s or 70s (I think – it could be earlier) by Caleb Fidler, one of Mount Gambier’s great pioneers.

As it was, I’d been hunting around for information on the house and in a serendipitous moment, discovered this Border Watch clipping from January 11th 1993. What caught Mum’s eye about the article I can’t figure out and really, it doesn’t tell me much about Pine Hall either. But the tale is still interesting and I now have a picture of the house to refer to in the future. All good! 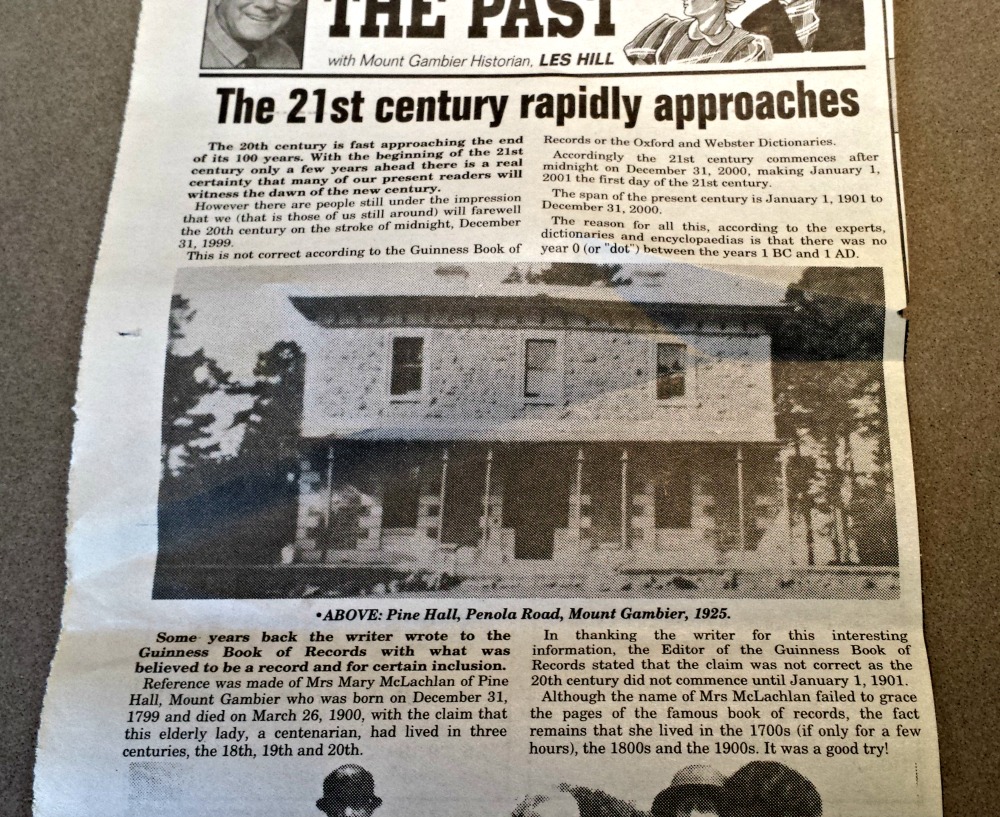 Thanks for joining me on this journey through some of Mum’s things. It’s kind of nice to know that these photos and reminiscences will be here for me and others, should they wish, to refer back to in the future. There are lots of great memories and a few laughs too, something I think Mum would enjoy a lot. Or, rather, she would once she’d recovered from the horror that we’d been going through her things!

For more information about Alzheimer’s Disease and to help fund research into this awful disease that steals so much from us, please visit the Alzheimer’s Australia website.