Scarlett and the Model Man 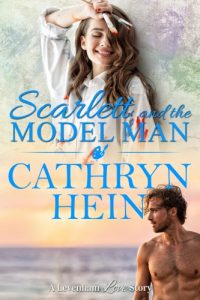 I hadn’t planned to write Scarlett and the Model Man in 2019. My goals for the year were to write a full-length novel and follow that up with a story featuring Paige de Bruin (from Chrissy and the Burroughs Boy and Eddie and the Show Queen). Pretty straightforward, except life threw a major spanner in the works.

In September 2018 I came down with a mystery illness that stole the sight from my left eye and saw me hospitalised. For a long time no one knew what was wrong and the lack of diagnosis (and the possibilities that were bandied around) was extremely stressful. My creativity completely dried up.

The year had been a troublesome one anyway. We moved to a new city in March, I was then hammered by a bout of flu, a family member became ill, and around mid-year I began to suffer debilitating bouts of vertigo. I’d started Eddie and the Show Queen in February 2018 thinking I’d have it easily done by April but by August I’d barely managed five chapters.

After much mucking about the cause of my vertigo was found to be vestibular neuritis (inflammation of the vestibular nerves in the ear), mostly likely a result of the earlier flu I’d suffered. I was given drugs and a rehabilitation program, and it seemed life would finally get back on track.

Three weeks after my diagnosis, a fog descended over my left eye and stayed. I made an emergency appointment with my ophthalmologist who took one look and sent me straight to the eye clinic at the hospital. They then called in the neurology specialists and the fun really began. 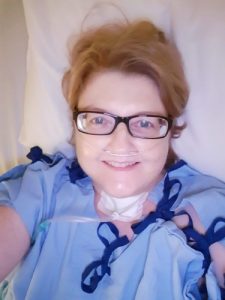 Multiple hospital stays followed as the team tried to save my sight and get to the root cause of its failure. With life so disrupted, writing felt next to impossible. Eddie and the Show Queen should have been the easiest book in the world to write. I loved the characters, adored their story and knew the location backwards, but extracting those words became so hard and so painful I thought I’d never finish. Some days I couldn’t get any words at all. On my worst days, I fretted I’d never write again.

It was horrible. Where I used to be able to dig into an imagination swirling with life and colour, now all I found was a grey void. I tried every trick I knew to fire it back up, to no avail.

I persevered. To not write was anathema and I can be pigheaded when I want. Besides, I didn’t work all these years to have my author dream stolen away from me by some rotten illness that didn’t even have a name. Gritting my teeth, I dragged Eddie and the Show Queen out onto the page word by painstaking word until in March 2019 it was finally done.

Around the same time, after lots of tests, scans, lumbar punctures and biopsies, the team got to the bottom of my ailment. It wasn’t the best of diagnosis but at least it was a condition that could be treated and wouldn’t kill me. Rah! Life could return to normal.

If only it were that easy. Creativity doesn’t poof! back into place like a genie’s wish – at least, mine didn’t. It must be coaxed back. Which meant that though I was desperate to write a full-length novel, the idea of doing so was so daunting it was almost paralysing. A shorter novel though? Maybe that’s just what I needed to get back in the writing saddle.

Paige’s story would have been ideal, but I didn’t have a fully fleshed hero for her and with Paige being such a special and much-loved character I couldn’t risk stuffing it up. I looked around at my other Levenham characters and wondered who I could pick on.

Scarlett stood out for two reasons. One, having just finished Eddie and the Show Queen she was still fresh in my mind and two, Scarlett was an artist whose livelihood, even her identity, pivoted on her creativity. If there was something I knew about, it was the fragility of creativity.

So I took hers away. Then to make it even more difficult, I gave Scarlett a ticking clock timeline in which she needed to get it back and a gorgeous hero she must resist for both their sakes.

And that’s how Scarlett and the Model Man came to be.

I hope you enjoyed reading about the inspiration behind Scarlett and the Model Man. To purchase your copy simply choose from the bookshops below:

Never miss a new release by joining my newsletter team. You’ll also receive exclusive access to some gorgeous free stories to enjoy over a cuppa or two.